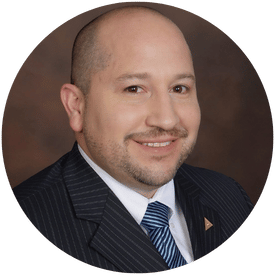 Book a meeting with Ryan

Ryan Joel Canales is Director of Institutional Retirement Plans at TCG Advisory Services, LLC, a HUB International company (TCG). He is responsible for guiding the Institutional Retirement team toward providing clients an easy way to offer and manage an efficient and compliant retirement plan. Ryan’s goal at TCG is to systematically increase the number of retirement plans and the revenue that is generated for the company.

Ryan earned a Bachelor’s Degree in English and Communication Arts, from St. Mary’s University in San Antonio, Texas. He also holds the Certified Plan Fiduciary Advisor® and the Nonqualified Plan Advisor certifications. Ryan originally became a financial advisor in 2002 and later sold his practice in 2012. He then gained experience working as a Mortgage Loan Underwriter, and eventually went into Human Resources. In 2016, Ryan restarted his career as a Financial Advisor and dedicated his focus toward retirement plans.